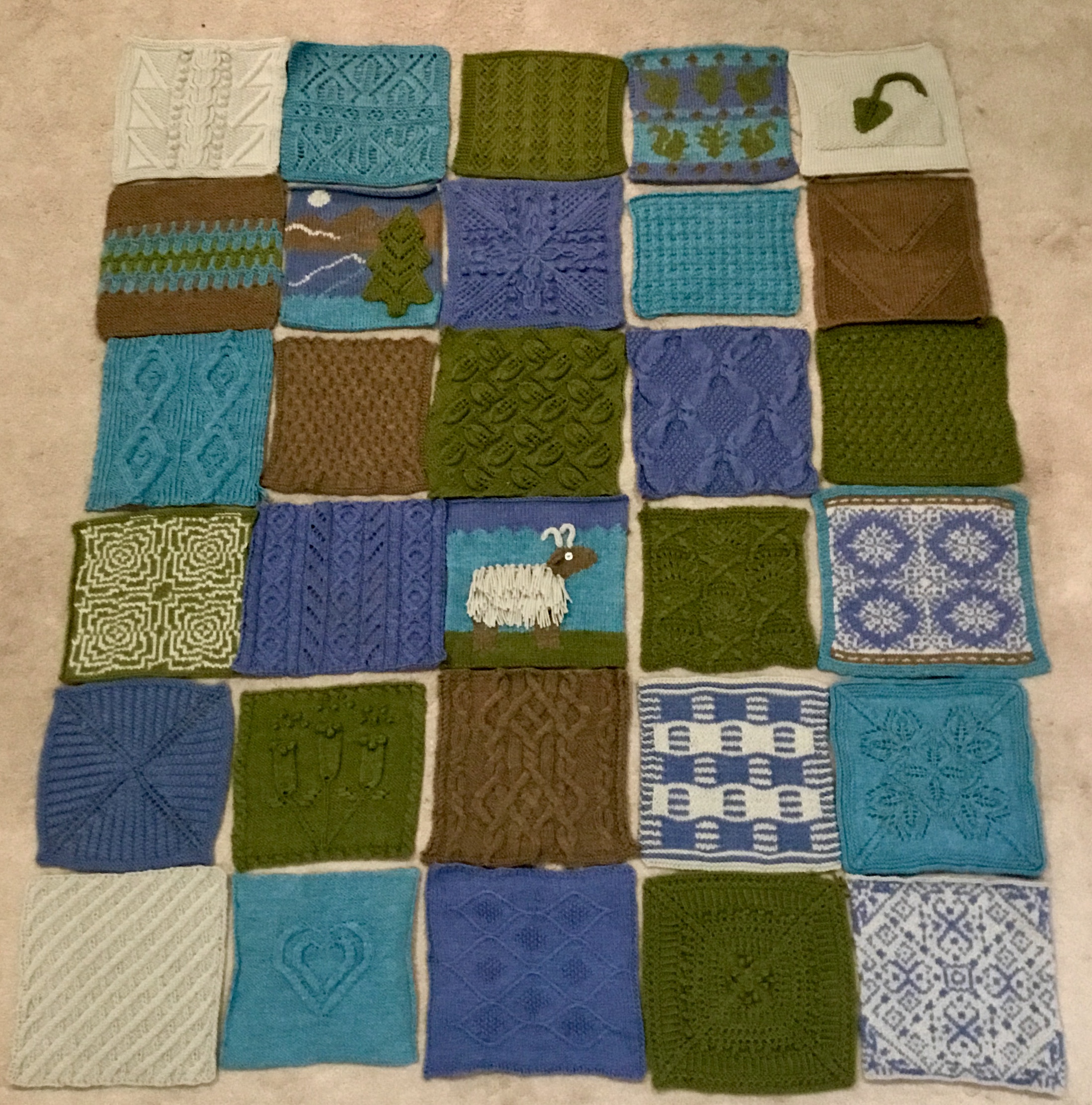 Every month last year, I knit a couple of these: 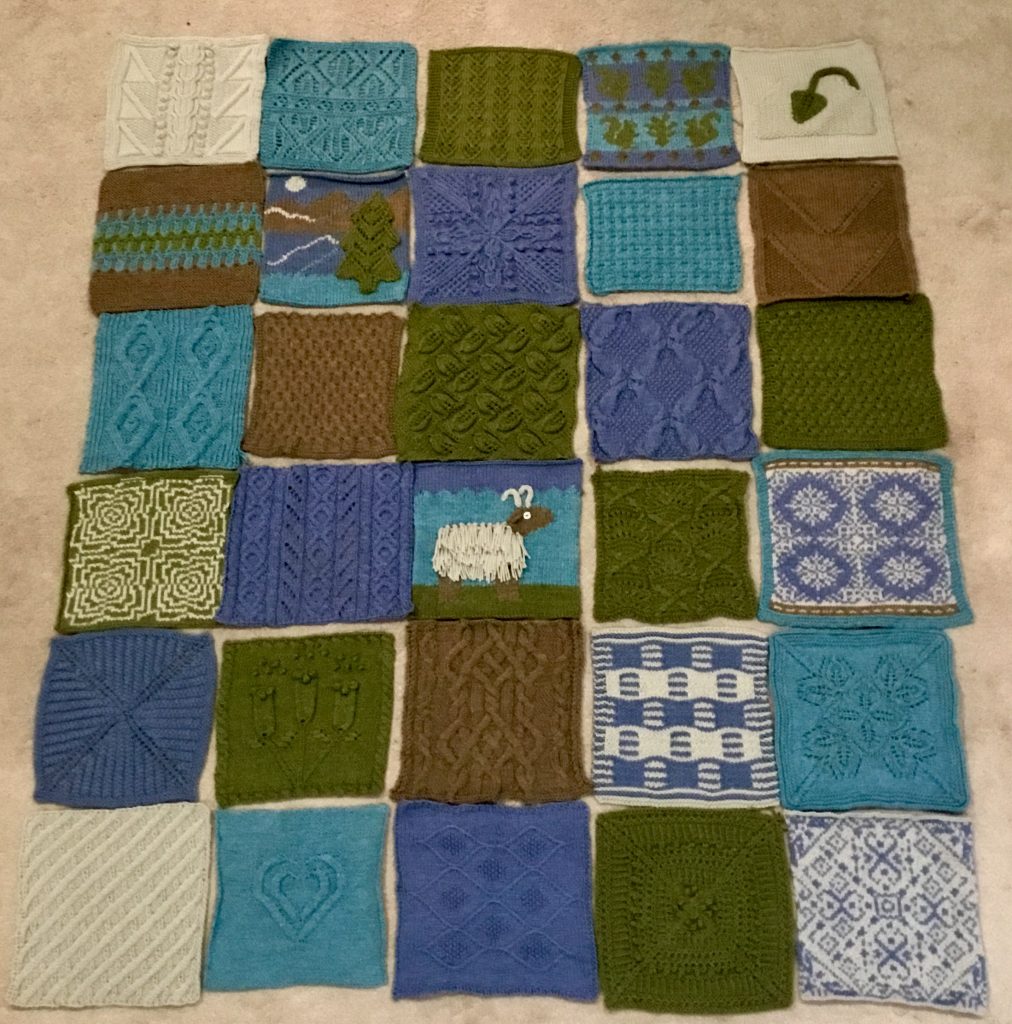 You may recall back in September, I gave a sneak preview of a handful of the blocks for this project. As a recap, here’s what it’s about: Last year, Cascade Yarns, in cahoots with Vogue Knitting, set up this year-long mystery KAL, in which 30 blocks, each designed by a different designer, would be released every few weeks. It’s official name is the Cascade Yarns 30th Anniversary Knitterati Afghan Knit-a-Long.

I finished the 30th block at 11:30 pm on New Year’s Eve. Yes, it was important that I finished them all while it was still 2017. Now stop asking silly questions.

What was not cool:

Here’s one of the smallish blocks before and after getting a crochet border. You can see a full size block under the original color work block. 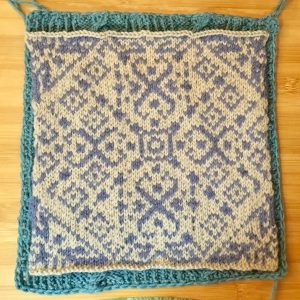 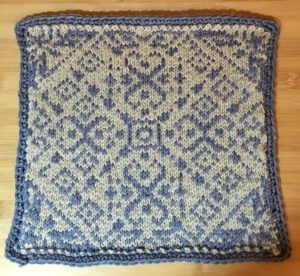 Now, I just have to do this 29 more times, then join them together. Um, I’d better go…