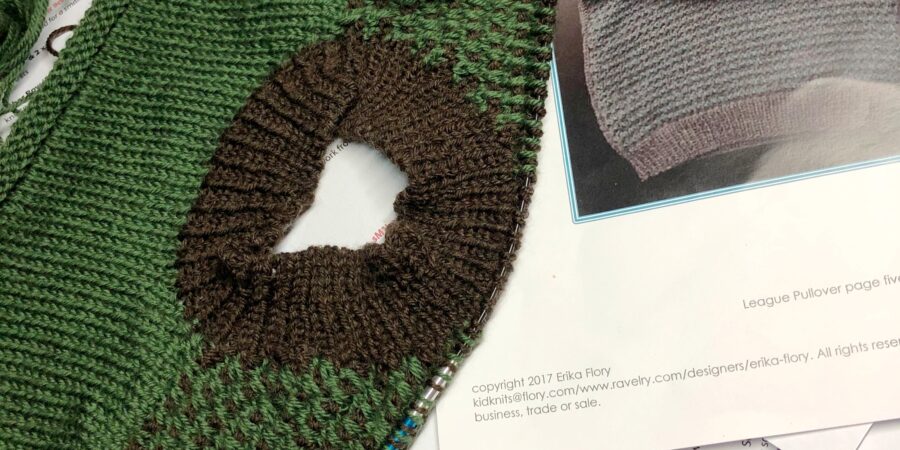 I apologize in advance, but there’s no way around bragging for a minute here. People often tell me that they’ve never seen handknitting as…well…for lack of a better word…professional, as mine (blush). It’s a lovely compliment, of course, but I totally get where they are coming from. I’ve seen a lot of what I would call “crafty” looking knitting out there in the real world (as opposed to the pretty and perfect things found on Pinterest and Instagram). I recognize that imperfect knitting is not always a bad thing – great art can be very rough and organic in nature – but that’s not my jam, and I know it’s not what most people are aiming for in their knitting adventures.

I honestly don’t think I get the results I do because I’m a better knitter than others. I’m just a die-hard problem solver. If something in my knitting isn’t going right or doesn’t look as polished as I’d like, I find a way to fix it. I will swatch, frog, tink, and tinker until I get the result I want. I never cease to be amazed at people who are afraid of knitting certain things – like sweaters…you know who you are – because they might make a mistake. For me, the beauty of knitting is that it can be so easily undone and corrected. There are few areas in our lives where we have access to such privilege.

I really and truly do enjoy solving problems. I love a puzzle – working it out – researching – testing – practicing. I also love to solve other people’s knitting problems. Which is probably why I’m so drawn to teaching. With all my heart and soul I want to empower knitters to feel safe to try, and fail, and then celebrate when they get it right.

I’ve been knitting for four decades and I still make errors of gargantuan proportion. I never try to hide it. It’s how we all learn. I’m constantly confessing my giant mistakes to my students. Honestly, I make at least one mistake on pretty much every project I start. I’ve (almost) completely given up my distaste for frogging back, even hours of work, when something has gone irrevocably wrong. And of course, I’ve learned the hard way that many an error can be avoided by swatching swatching swatching (a post for another day).

Here’s a giant mess I made in a freshly completed cardigan – Vivian, which I started back in 2011 and just recently brought back into rotation:

Total nightmare, yes? Yes. I had made a HUGE mistake, which started many rows back as a result of not counting my stitches or placing my sleeves in the same spot of the body on each side. As you can see above, I laddered down about a zillion rows, then tried to correct my way back up. Which I did. But it didn’t work. I ended up frogging all the way down to the base of the armholes and starting from scratch. It was about a weeks’ worth of knitting. I admit to wincing a tiny bit, but I knew it needed to be done if was going to be any kind of happy about the results.

Turns out – totally worth the effort. It instantly became one of my favorite knits:

My point is that this project was riddled with massive errors, yet with persistence and problem solving became a piece to wear with pride.

Now, I’ve moved on to a new problem project which is entirely self-inflicted. I’m applying a newly learned (kind of, I’m learning as I go) top down technique called Ziggurat by Asa Soderman. It’s a bit hard to describe, but essentially it’s starting a sweater at the upper back, building the shoulders and sleeve caps – all in one piece, mind you – while maintaining necessary structure and a tailored fit, then knitting it down mostly the same as any top down yoke sweater. I, of course, threw in just a teeny tiny bit of extra challenge by adapting a bottom up, knit in pieces and seamed pullover into the Ziggurat method. With the added complication of a two-color slip stitch front detail.

Yup. I’m certifiably insane and loving every minute of it! It was a complete mystery going in, but I’m puzzling it out as I go.

Got a knitting problem? I may have the answer!

Sherlock’s got nothing on me.