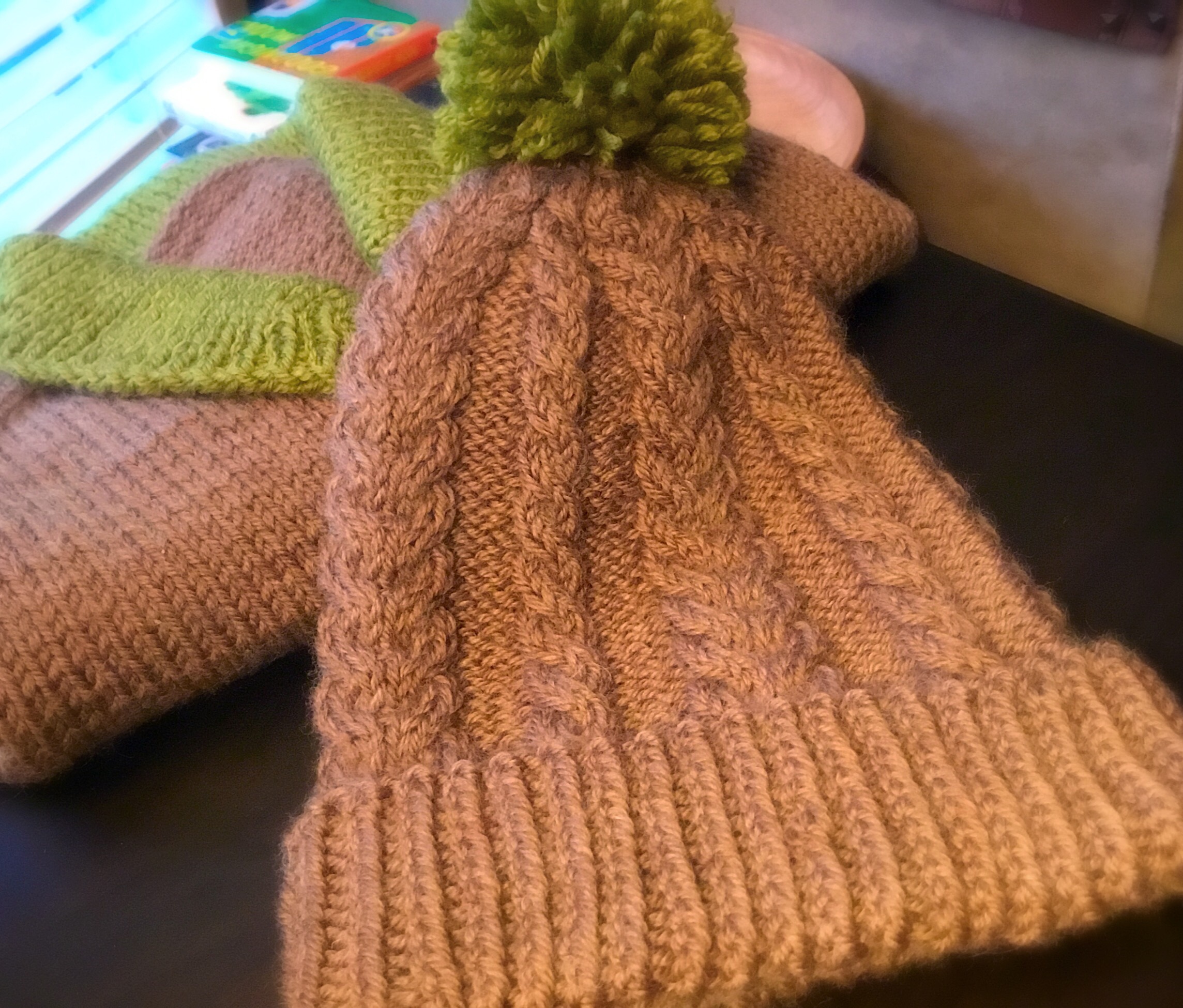 In case you’ve been hanging out under a rock recently…Christmas is coming.

Those three little words evoke varying degrees of terror in many folks, but they make knitters want to curl up in the fetal position under a bulky-knit blanket.

We want to knit warm, cozy, pretty, squishy, and charming knits for everyone we know. Of course,  less than two months out, we know this is impossible, and so begins the process of deciding who will receive the coveted hand knits on Christmas morning and who will get a *gasp* STORE BOUGHT gift. It’s Sophie’s choice, people – believe it.

So, I had a thought…what if…

I didn’t knit ANY gifts this year.  None. Not one. How liberating would that be? All my knitting time between now and December 25 all to myself. No pressure. No stress. No one left out.

I lived in the fantasy land of a hand-knit free xmas for all of about five minutes. I moved out about 30 seconds after picking up Interweave Knits Holiday edition 2016. My super sweet two-month old granddaughter needs a stocking (her 13 month old brother got his last year), and I already have a list of adorable things I want to make for other family members. And then there are co-workers…

Needless to say, as fast as you can say “Paypal,” I was online and ordering up a storm of patterns, yarn, and kits. Now I have my work cut out for me, but I’m confident I can manage my time…if I don’t get too distracted by new non-xmas projects.

The first batch of yarn I ordered for xmas gifts arrived last week, so my needles leapt into action (see the finished mitts below). This is the start of Carol Feller’s Mason’s Hat from this year’s Interweave Knits Holiday edition.

I was a bit concerned about whether the Cloudborn Fibres Wool Worsted Twist yarn I ordered from Craftsy was going to work for this pattern. It is a super high twist yarn and doesn’t have the soft loftiness of the Donegal tweed used for the sample. It’s so twisted, in fact, that it almost looks more like a DK than a worsted. I made a feeble attempt at knitting a swatch, but quickly bailed, as the swatch needed to be knit in the round and the gauge is measured over the cable pattern, so knitting the swatch was going to be almost as much work as knitting the hat itself.

I decided to just dive in, knowing that the ribbing would tell the story of this yarn pretty quickly. After almost 3″ into the cuff, I’m pleasantly surprised. Despite the high twist, this yarn fills out nicely when knit and I think it’s going to be a sturdy fabric with great stitch definition. Should get this done by next weekend.

These were actually cast on and off this week. First xmas gift…DONE. *applause applause* Thank you 🙂

These are the Traverse Mitts by Sarah Gomez, also from IK Holiday 2016.

But I’m not thrilled. The gloves were designed for sport weight yarn and that’s what I used, but the Harrisville Designs sport the designer used must be a bit heavier than the Nature Spun sport that I ordered from Craftsy. The gloves look fine, but despite making the largest size, they seem a bit skimpy. Since they really only took a day to knit, I may whip up a second pair in the Cloudborn worsted above (I have lots of it – I bought enough to do a cabled scarf that I’ve decided not to knit). Stay tuned.

Here’s the finished Tin Can Knits Hunter Hat that I had wipping last week.

It’s so sweet with the matching Gramps Cardigan, I almost need insulin. Got to get these smooshy delights into the mail this week.

I can’t speak highly enough about the Cascade 220 Superwash. It’s so soft. One of these days, I’ll test its washabilty and report back, but it is lovely to knit with and has an excellent hand.

Aaaaaand…done! Podster Gloves all done and veryvery wearable. Just in time for extra dark and extra rain this week. Ugh. At least I have wonderful glovies to wear! Yay!

Got a few more sets of waist decreases done on this oh so pretty Alison Pullover. I’m sneaking in a bit of knitting on this between xmas gifts. It moves along pretty quickly on the 5mm needles, so maybe, just maybe I’ll get to wear it before the end of the year.

Nope. Not a WIP yet, but will be soon.

I started watching Laura Nelkin’s Craftsy class, Design Your Own Cowl, and after watching the first couple lessons, I am wicked inspired to play along.

I’ve scoured my stitch dictionaries and found a cool color work honey comb stitch for the body and a coordinating texture stitch for the borders. I’ll start swatching this week (maybe even tonight, because…because.) and see if it looks like it does in my head.

That’s all the news that’s fit to print this week.

Have a great week and knit lots and lots – it’s fun…and good for you! (Not many things you can THAT about)